The Positive Evolution of XY and our Upcoming Name Change

The Positive Evolution of XY and our Upcoming Name Change 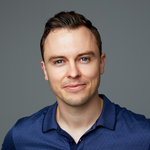 If I had to wrap XY up into a single word – it would be ‘strange’.  It’s a strange company, with a strange name, a strange beginning, and a strange business model. I think the reason we’re still answering the question ‘what is XY Adviser’ eight years later is because XY is by definition, hard to understand.

But the crazy thing is, this weakness played a huge part in getting us here. In a world where clarity is highly valued, not providing clarity allowed us to act like a small rock in the bottom of a shoe. We were irrelevant, yet hard to ignore. With no other tools to use, we wielded the absence of clarity – the lack of resolution, to stay alive. Now we have clarity all these years later, it’s time to leave this ‘strange’ strategy behind. It’s time to provide resolution.

Back in 2014 I was 12 months into starting my financial planning business. I had a few years of tax accounting up my sleeve, 12 months working as a paraplanner, and 12 months at the Horizons advice academy. Essentially, I had started a business in advice, but I didn’t know what I was doing. In my quest to get better, I arrived at Baz Gardner’s The Social Adviser. I was sitting in a non-descript presentation next to (now) rockstar adviser Corey Wastle, where the phrase ‘if you want to be a thought leader, just do it’ rang through my head. And just like that, the idea of XY Adviser struck me like a bolt of lightning. I realised if I wanted to rapidly upskill my advice delivery, I was going to need to create the environment myself. Why wait for someone else to do it? After all, I was the one who needed it the most.

At the time I was 12 months into trying to build a B2C brand called XY Adviser. The strategy was to own the X and Y generations as an audience. But I had achieved exactly zero with it. No one was reading my blogs beyond my slightly annoyed compliance manager. Having accepted my goal of attracting clients via this channel was a failed fait accompli, I used the only twitter handle I had at the time – @XYAdviser to reach out to Brad Fox on the stage and ask him to speak at the first XY event. As we were all such diligent social media users back in 2014 – he responded with ‘call my office and we will make a time’. So I did. And we did.

The only issue – there was no event. There was no venue, no audience, no team, no tickets, no premise. In fact, I had no idea as to what XY Adviser really was. All I knew, was if I didn’t organise something, then it would be Brad Fox and I catching up over beers. So, I made a handful of calls to a couple of advisers who were as passionate about advice as I was. We caught up, organised the first event, and became the founders of what is now known as XY Adviser.

In other words, we spontaneously started a company with no idea what it was meant to achieve, founded by a bunch of advisers with very little forethought, using a repurposed name, and no idea on how to make money. The reason why no one knew what we were, was because we didn’t. And yet, very early on, I realised the inability to pigeonhole us allowed us to take up space in people’s mind. We were nothing. We were tiny. We were a name and a loose idea. So we had no other option than to go all-in on that strategy. Although we were nothing, we enjoyed one small iota of advantage – we could occupy that part in people’s minds filled with things they are trying to box away and forget about. And we simply never gave that resolution. In the absence of everything else, we used discord – like a note that was out of tune, to stay alive. We provided no answer to the question ‘what is XY’.

But now after all these years of solving the business model and building out the team, it’s time to move past this strategy. We are now extraordinarily clear on who we are, and what we do. And to that end, it’s time to replace our name.

Of the original founders, I’m the only one left operational in the company. We are all still remarkably good friends and continue to catch up regularly, but Ray and Adrian have moved on to working in other startups. Ben Nash still sits on the board, but he is entirely focused on building his successful wealth management firm. We have moved on from four founders to an extended team of about 20 people. We now have structure, reporting lines, responsibility sets, product development, and international team members. We also have these three individuals who have made immeasurable improvements to our company:

And yet we would still be nothing if not for the talent we get to work with on an ongoing basis. Certainly not an exhaustive list, but we get to work with the likes of Fraser Jack, Jess Brady, Richard Dunkerley, and Lea Clothier to deliver educational content the market quite simply adores.

The reality is, although there is a strong emotional connection to the name ‘XY’ it isn’t a great name. It’s hard to defend with a global trademark, and it doesn’t represent who we are or what we do. We’ve moved on. As a company, we are now clear on who we are and what we do. We are run by substantial individuals who weren’t there on that strange first day, and we have a very clear roadmap to achieve success. What’s more, we’re brave enough to admit we have more than half a chance of achieving our mandate.

So, what’s our new name? Well, it’s coming. We are in the process of grabbing the global trademarks. There’s no point in doing all this if you can’t protect it globally – and that takes a load of time and money. But sometime in the next few months we will let you know. In the meantime, prepare yourself for something far more potent, far more purposeful, and far more global in nature. We didn’t invent the idea of professionals sharing with one another, we just figured out a way to scale it. Collectivising the intelligence of an entire industry is no small feat, but in the eight years it took for us to get here, we’ve chiselled out the pathway to make it happen.

It’s interesting to think back now to that initial quote which started it all ‘if you want to be a thought leader, just do it’. That sentence still echoes throughout the company. But it’s not our team who aim to be the thought leaders, we are not the heroes. We just facilitate the environment conducive to the growth of many thought leaders.

SAVE THE DATE
OR